Local on the North Eastern coast of Sicily, Messina has a long history of trade and migration. Messina is an arrival city and key transit point for Europe, particularly for migrants crossing the Mediterranean from Libya to Italy. Our history is defined by migration and the intermixing of culture and we must ensure this diversity is considered as one of our most positive assets. Therefore, we were very keen to explore anti-rumour methodology and learn from the best practise in Amadora.

“In order to transfer the best practise in the local context, Messina aimed to apply the methodology in the school involving students, families and teachers. Starting from the point of view that the adults are the contaminated subject (even if we don’t admit), we wanted to train the young generation to grow developing prejudice antibodies. The vulnerability of our society and of the human being in general has in fact contributed to raising awareness in the young students participating in the project of how ephemeral any kind of rumors and prejudice can be.”
Dino Alessi, Messina municipality

Messina was a partner in the URBACT Action network ‘Arrival Cities’ and we therefore had many important elements in place at the beginning of this transfer process. We had an Integrated Action Plan for Migrant Intergration and an existing diverse and committed local network. However, on a broader level we faced a number of barriers common to many places including negative media reporting and potential lack of support from media for a campaign; and a public distrust of institutions and therefore potential lack of public trust and belief in the counter ‘factual’ information communicated. We had no experience of anti-rumour campaigning and were aware of our need to understand our context- to identify and define which rumours/stereotypes/prejudices to address in transferring the best practice.

Schools as the anti-rumour hubs

Our overall aim was to apply the best practice methodology to the school context involving students, families and teachers. The underlying rationale for this target group was that we viewed younger people as being more open to challenging negative stereotypes. The aspects of our project would be that… 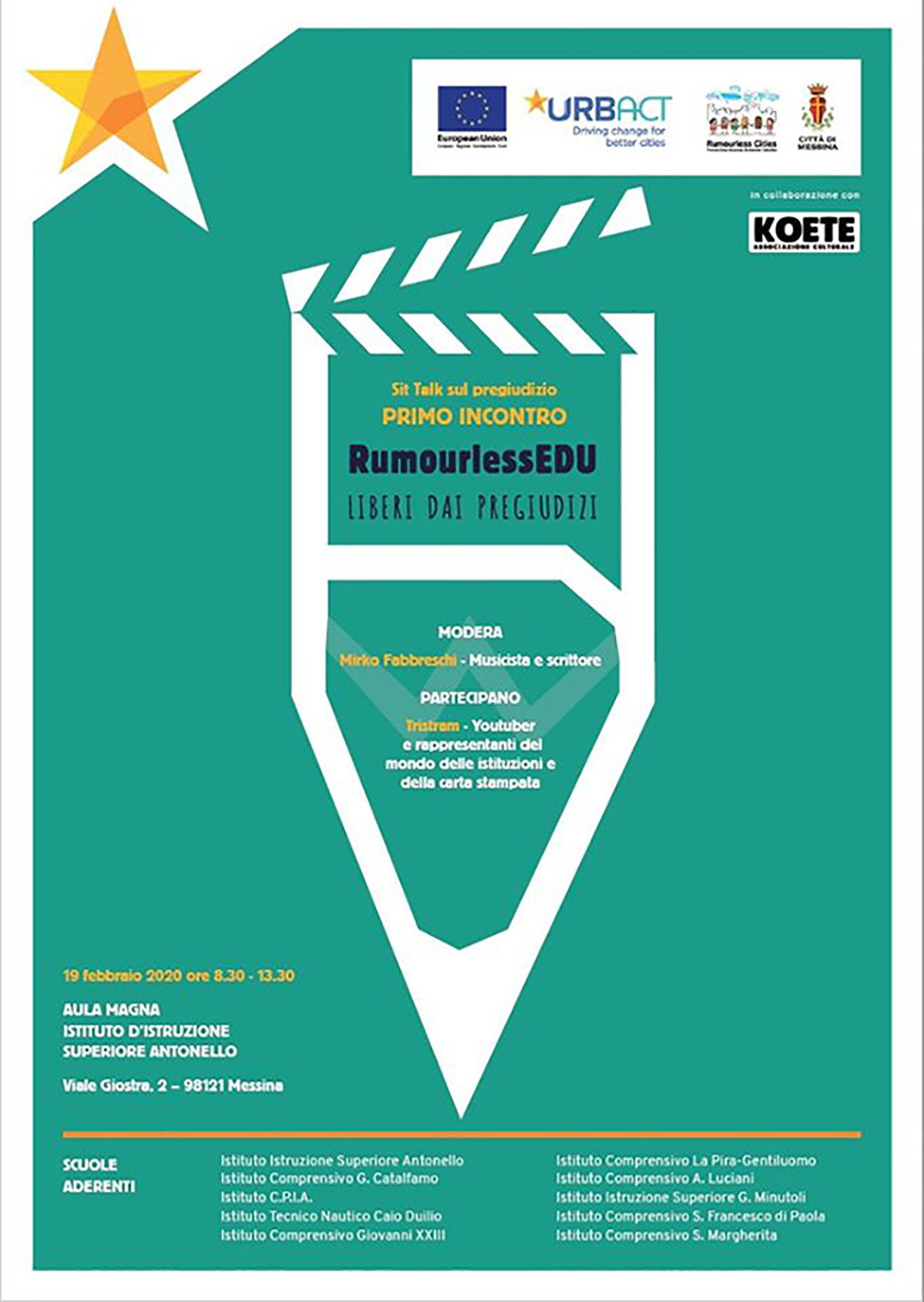 We worked with an intern with Moroccan heritage to prepare a questionnaire with students to investigate the nature of discrimination amongst young people in Messina. This survey was very revealing and we believe involving young people and people with a migrant background in the design and interpretation of the research was key to the success of the analysis. Survey results signalled that there was no problem of racial prejudice in a strict sense but serious problems with a lack of information especially among poorer communities. There was in essence a problem of poor education and ignorance but not a problem of hatred. The process of carrying out the survey itself was a "spark" that lit up a long debate with the students and that brought out their deep desire for knowledge.

We worked with skilled community film making agency Koete Association to support the young people in schools across Messina to create and produce films. We chose not to focus on a single prejudice but to explore prejudice in a myriad of forms to help students understand how prejudice is formed and maintained including examples from within Italy- eg panettone vs cannolo, north/south, social class, thin/fat etc. Workshops were conducted in a humourous way to be engaging and compelling. Due to the delays caused by Covid, the films are still in the process of being finished.

It is not as yet easy to identify tangible results. What was evident and that leaves us satisfied with the work done was the enthusiastic participation of the students involved in the schools. This has happened even more in schools operating in peripheral areas, where there are major problems of social integration.

One of the best results achieved by the project was that of convincing some representatives of the school world of the importance of networking and also of the high priority of the subject area. The depth and quality of debates in this network led to a greater awareness among the teaching staff participating in the project of the impact of rumours and prejudice and the role of schools in tackling this.

This constitutes the starting point for working together in the future on other projects. The same voluntary associations have formed the basis of collaboration during Covid-19 to carry out all aid interventions for the most disadvantaged sectors of the population in the economic and social sphere.

Behind the scenes footage